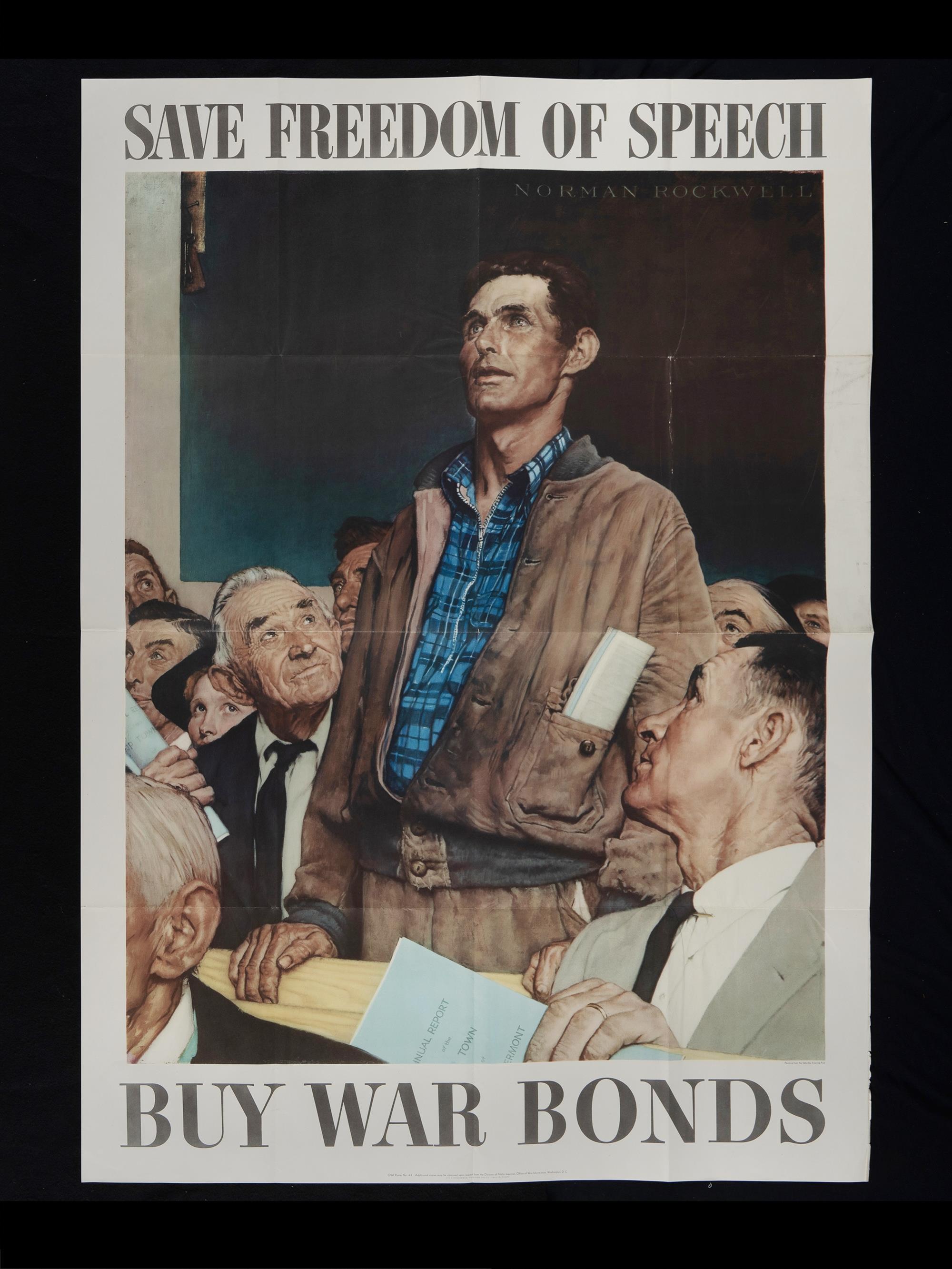 WWII Poster, ROCKWELL Norman (USA 1894-1978), 'Save Freedom of Speech.' United States Second World War poster depicts a man speaking from within a crowd. 'Freedom of Speech' was one of the ''Four Freedoms'' outlined by President Roosevelt in a 1941 speech to Congress as one of allied nations' aims, that when the war was done, all people might live in freedom from fear, from want and with guaranteed freedom of speech and worship. The poster is a reproduction of a painting by Norman Rockwell, who was so inspired by Roosevelt's words, that he executed four paintings in seven months which embodied what he thought to be four basic freedoms. The paintings were published by the Saturday Evening Post, where Rockwell had been working since 1916. The paintings were a phenomenon in war-time United States; 25,000 reproductions were requested. The US Treasury Department toured the four original paintings to 16 cities to promote war bonds. The four paintings were also published as postage stamps by the United States Post Office.
Offset Lithograph on Paper (142x101.5cm) (overall)