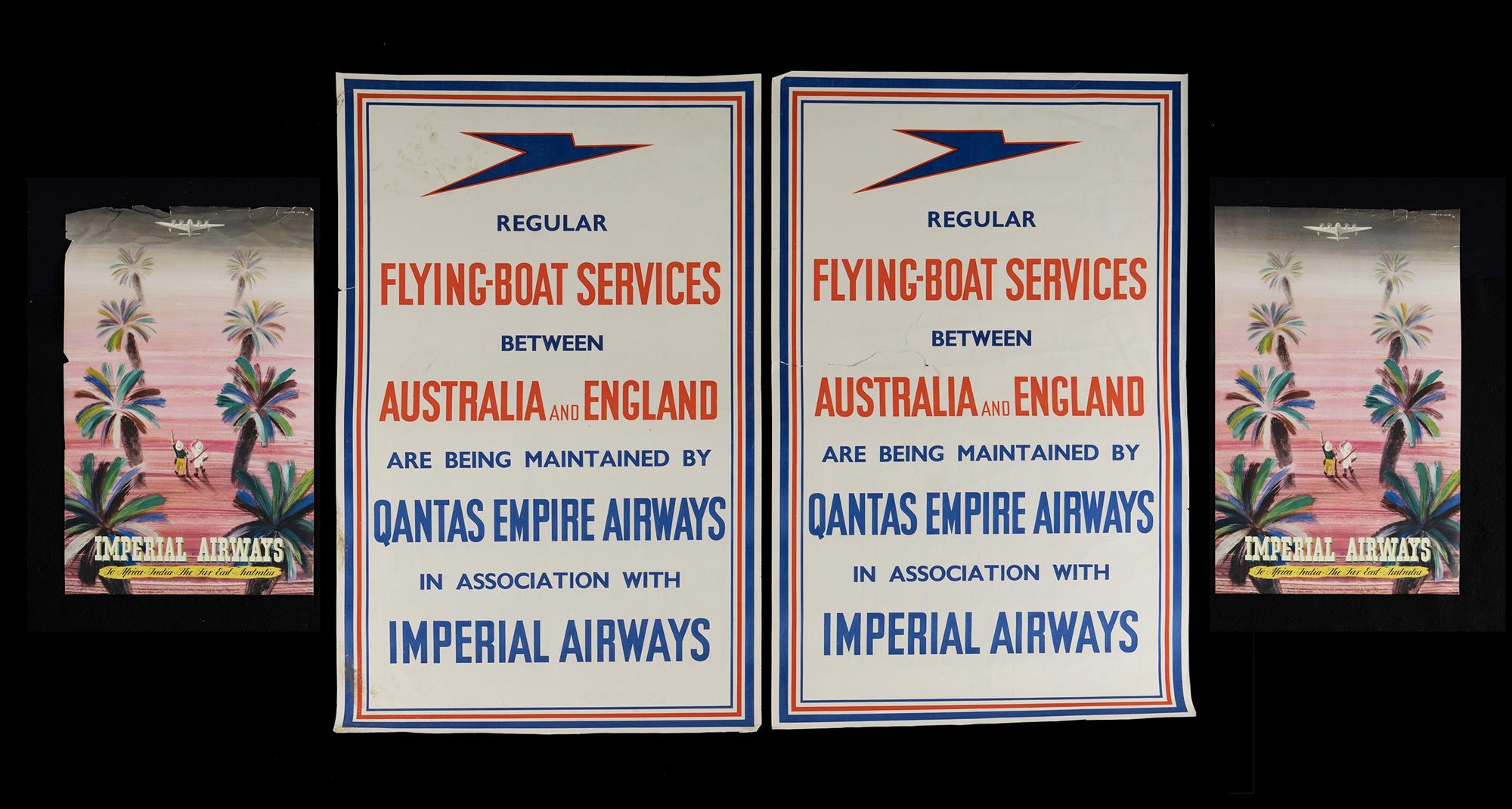 Posters (4), 'Imperial Airways - To Africa, India, The Far East, Australia, British pre-Second World War advertisement for Imperial Airways by Lewitt-Him. Imperial Airways was a company created as a result of the amalgamation of all the existing aircraft companies in Britain in 1924, following the advice of the Hambling Committee in 1923. Imperial Airways conducted routes within Europe and further afield, including the Far East, South Africa and Australiasia. Imperial Airways was further merged with British Airways to become the British Overseas Airways Corporation in 1939. Lewitt-Him was a collaborative design partnership between Jan Lewitt and George Him, two Polish artists. Their work was used extensively by the Polish Government and during the Second World War, they enjoyed 'marked success' for their posters in Britain' (2); & 'Regular Flying-Boat Services between Australia and England,' QANTAS and Imperial Airways advertising poster. Starting in 1938 Qantas and Imperial (later British) Airways ran a thrice-weekly service from Sydney to Southampton, through Singapore, until the fall of that city during the Second World War. Flying boats were used from Sydney because the planes only needed a mooring buoy, which was available at Rose Bay. Posters are in red and blue text within a blue and red frame. The QANTAS Empire Airways logo is positioned centre top (2).
Offset Lithograph on Paper (4) 49.5x32cm (2) (overall) & 101x65cm (2) (overall)