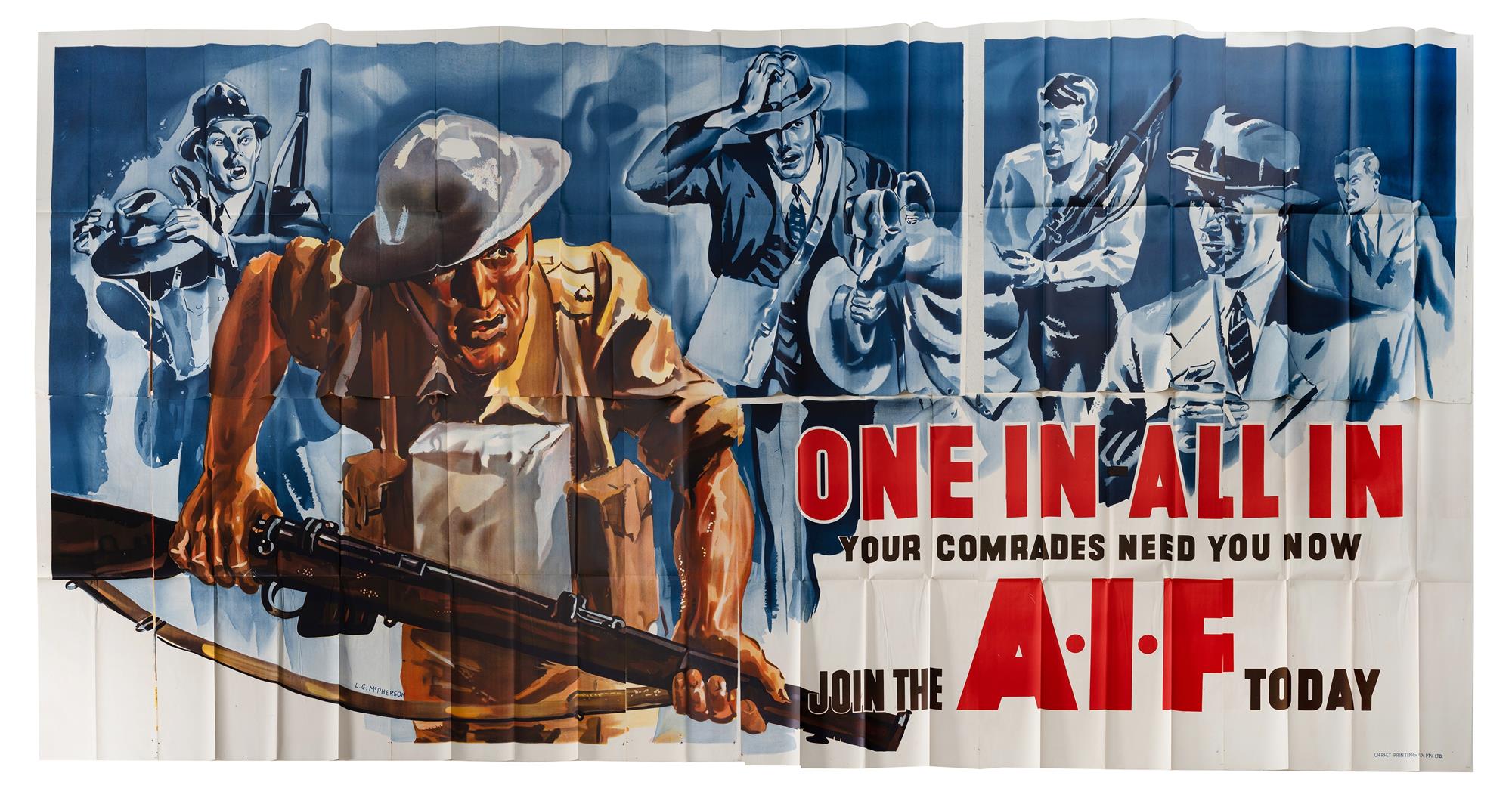 WWII Poster, 'One In - All In.' Australian Commonwealth Military Forces Second World War recruitment billboard poster by L G McPherson. The poster encourages men to join the Australian Imperial Force. The image fills the top half of the poster. In the forefront is one soldier running into action wearing his hard hat and carrying his gun. Behind him are five other male figures. Of these, three are rushing to join him and in various stages of changing from civilian clothes to uniform. Each carries some piece of uniform. A further two are watching on in civilian clothes, one languidly smoking a cigarette. The lower half of the poster contains the title text and message. This poster is a large billboard made up of 14 individual panels. Rare mint condition.
Offset Lithograph on Paper (306x500cm) (overall)